2,500 miles on a mountain bike, from Mexico to Canada, with 30 performances of new music created by some of the world's most original musical minds. This is the Sonic Divide, a unique performance art piece that brings together creative music, ultra-distance mountain biking, and film.

A special screening of the multimedia film ​Sonic Divide will take place on April 3, 2017, at William Paterson University's Hobart Hall (room 140A).
​ 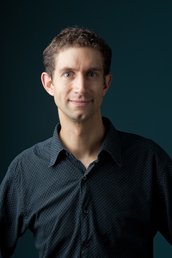 Payton MacDonald is a musician, filmmaker, and ultra-distance mountain biker.  He has toured the globe as a musician, performing in many of the world’s greatest venues such as Carnegie Hall, the Barbican, Walt Disney Hall, and many others.  He also spends long days in the saddle, riding though mud, snow, rain, sleet, and sun, and sleeping in the dirt, and makes innovative films about all of these experiences.