Maybe because it’s Easter, that while walking with the dogs in the woods, I think there’s a baby floating in the pond, barely alive, but there’s no baby Moses floating in the muddy pond.  And then I think of that weird Bible story where one woman rolls over in bed and crushes her newborn, so she sneaks out of bed and steals the newborn from another woman.  I don’t remember the Sunday school teachers calling this a brothel, but it seemed to be a story they all liked to tell.  Rather gruesome story.   Maybe the mothers were Solomon’s harem, and that’s why he just happens to be around the baby and mothers while they are arguing about whose baby is the live one and whose baby is the dead one. Solomon tells them to cut the live baby in half so they can both have a baby.  He probably figures the baby is his so he should have the final say. When he realizes the real mother is the one who is willing to spare the child to the other woman, he hands the baby over to her, and Solomon gets all the praise for being such a wise man to make decisions for these women. After hearing this story, my belly button became off limits, something I really didn’t want touched.  I was certain I could see the dividing line spread from my belly button over my stomach, and wondered if I could still be cut in half because my parents may divorce and would insist on each taking half of me. Perhaps I should just go to the store and grab some jelly beans, a couple chocolate Easter bunnies, eat those until I feel physically ill, anything but feeling spiritually ill.

​
Do not go gentle into that good night.
Rage, rage against the dying of the light.

Friend texts about how their pet sitter asked her husband to help put her Chow in car to take to vet.  Apparently, she thought it was time to put the dog down. Friend’s husband goes to help hoist dog in car and the dog bites him in the face hard enough that he needs to go get stitches.  That dog wasn’t going to gently into the night or any such thing.  Imagine your last memories of dead dog being that he bit someone’s face when you were loading him into the car for that final visit with the vet. I brought Logan to  the vet today.  Enough of the damn hot spot.  Soon I will be gone for a few days.  Who knows when pet sitter will think about his hot spot? Jim Harrison died yesterday. I think of him being quite alive standing outside with his dogs in the Arizona desert.

​
I miss my old stamina. I’d begin reading a great book, then not stop until it was over. I lived in cottage on a small lake with my boyfriend.  He loved to get high and fish.  I enjoyed swimming across the lake and jogging with the dogs.  Boyfriend reread all the Carlos Castaneda books.  Over and over.  I couldn’t put down Les Misérables.   At one point, he asked me to read aloud to him. He didn’t care that I was half way finished with the book.  I read aloud, page after page. Eventually he went to bed and I stayed up until morning, finishing the book.

We moved out of the cottage and into a shack in another town. I grew restless with our romance. We parted.  He left me suicidal notes where we were characters from Les Misérables.   His grandmother called asking me to take him back because he said he wouldn’t eat until we were back together.  He loved to eat, needed to eat—one of those low blood sugar people who grew angry when they haven’t eaten. Angry, not suicidal.

I wonder if he ever picked up Les Misérables and actually read it to the end. Or if he’s still reading The Teachings of Don Juan, longing for peyote and surreal wisdom.  How quickly he forgot his spiritual shaman’s advice:  The trick is in what one emphasizes. We either make ourselves miserable, or we make ourselves happy. The amount of work is the same.

I remember one visit when his mother was brushing her daughters’ hair, then said it was my turn, and I wished my life could always be just like this, nothing more. 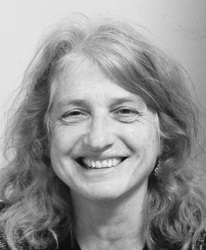 Diane Payne is the author of Burning Tulips (Red Hen Press) and her most recent publications include: Watershed Review, Tishman Review, Whiskey Island, Kudzu House Quarterly, Superstition Review, Burrow Press, and Cheat River Review.  She is the MFA Director at University of Arkansas-Monticello.