So I was waiting outside the men’s room at some Texas roadhouse barbecue tourist trap in Times Square, feeling like an idiot because my cousins had come in from out of town and I misjudged the timing on everything and we didn’t have the chance to get to any of the cool restaurants I’d been promising them before their Broadway show (Jersey Boys – I couldn’t afford the ticket and told them I’d seen it already). Right behind me, I mean two feet behind me, some guy in a 9/11 memorial shirt and a handful of glow stick necklaces took out two huge handguns and started shooting into the restaurant.

There was really nowhere for me to go and I was kind of desperate to make sure the guy wouldn’t turn around. In that slow/fast way of thinking/not-thinking that happens in a super emergency, I reached for the nearest object, a cherry sunburst Les Paul guitar hanging on the wall, and clobbered him on the head.  That’s about 10 pounds of solid mahogany and he crumpled to the ground in a heap, which was a good thing because I lost my grip on the guitar and it fell to the floor.  People picked up the guns and a big waiter put his knee into the guy’s back and twisted his arm in case he woke up. I was still standing there when the cops arrived, which seemed like just seconds later, and when they asked the waiter if he’d disarmed the guy, everyone pointed to me. Then someone noticed that I’d been shot in the leg – how I still don’t know, because the guy never did turn around – and sure enough I looked down and there was a bloody mess on my blue jeans.

Unbelievably, someone was taking pictures instead of ducking for cover and within hours, everywhere you looked there was a photo of me with the guitar overhead and headlines comparing me to Audrey Hepburn in Roman Holiday when she kiboshes the cop on the dance floor. Although that guitar was an acoustic. I for one still think of El Kabong, the vigilante alter ego of Quickdraw McDraw. He was the Saturday morning cartoon horse sheriff who used to brain people with his guitar. I was all over the news for days.  Several people besides me were injured, but only one seriously and pretty quickly they knew he was going to be all right, so I got an extra dose of the Accidental Hero treatment. Mics and cameras in my face.  All that.  All from my hospital bed.

I wasn’t planning on mentioning my website in any of the interviews, but I guess it was inevitable. “Can you tell us a little about yourself – when you’re not being a hero?” Wink-smile through the pancake makeup. So I told them about my photography and my online gallery/store.  (I specialize in photos of fire hydrants and sprinkler valves on the sides of buildings. There are more shapes and colors than you’d think. Also photos of guitars. Lots of guitars.) The reporter tried then and there to get to my home page and couldn’t. It was probably all the traffic – deserving attention, she said, for the guy who was not only the hero but the only victim still in the hospital. It was true, my leg was taking its time healing, even though the wound wasn’t that bad.

I didn’t get around to checking the site myself for days, but when I did I knew right away it wasn’t “all the traffic.” It was Dave.  Dave was my webmaster, a good buddy who’s a bit of a wild man, and usually I get a kick out of his stories. Apparently, he’d forgotten that he’d left the site down when all of this broke. He was texting me daily with his unaccountable good luck exploiting his connection to the Audrey Hepburn Hero (I would have so much preferred El Kabong). Guys were buying him drinks, and girls, well – his wild corkscrew hair always gets second looks, but now he was getting third and fourth looks and he was unstoppable.

Sure I was disappointed that I couldn’t shift the spotlight over to my photos when I had the chance, but when I finally got online and saw the yellow construction site tape fluttering in the digital wind (that’s the kind of thing that Dave would say), I laughed. The trouble for me was that a TV crew walked in two minutes later and asked me about it. I laughed again – the leg was kind of throbbing at this point and they’d upped the painkillers – and I said into the camera, “So much for cashing in.”

That was a big mistake.

All the TV people heard – all anyone heard – was “cashing in.” Overnight, I went from good guy to bad guy. I became a mercenary creep. An inept mercenary creep. It didn’t help that GlobalDine, the parent company of the Texas barbeque chain, had by now set me up in a private single that looked like a hotel suite. And this was just after the shooter guy was on TV outside of the court house crying his eyes out and explaining, with his lawyer desperately trying to shut him up, that he was a drunk who’d fallen off the wagon and had been in a blackout and had no idea how he’d gotten to Times Square from Michigan. He promised to spend his whole life – in jail, he expected – helping others with alcoholism and Hero/Villain Delusion Syndrome and if he ever made a nickel he’d send it to the victims. “Who’s looking for a killing now.”  I don’t know who came up with that line about me, but there’s no counting how many times it got sent around the world.

None of the TV news people ever said it outright, but the turnaround of sympathies was now the story and they had to run with it because outrage was pouring out of every blog and Twitter page. Pretty unfortunate, right? I guess that’s why I’m on the blog here. But I still feel a lot worse for the poor firewoman who burst into the burning bedroom to find her husband with another woman. Now that’s an Unfortunate Hero.

Someone had the idea of doing a reality TV special putting together the shooter, the victims and me all at the scene of the crime. The more money they offered the more I refused.  I don’t know if the show ever happened and don’t want to know.  The whole thing died down pretty quick after that. The last feature news story on me – at least that I heard about – was actually a sympathy piece saying my treatment wasn’t quite fair. By then I think most people had lost track.

The leg still hasn’t healed quite right and in one way I don’t mind. I’m a pretty big guy with a fast metabolism so no matter what I eat I never put on weight and everyone thinks I’m an athlete. I’m not. I’m a terrible klutz, in fact, and now I have an excuse. When people ask me about the limp, sometimes I tell them, mostly because the story is so weird. They can’t figure out what to make of it, but I say this: it’s unfair the way things just happen, even in my case, when you can’t tell in the end if they’re good or bad.

Dave came over the day I got home from the hospital, with some cute little redhead hanging all over him – fake red, but everything else about her was plenty real – and said he was sorry about the website, but maybe I should be thinking about playing more guitar again. He never much liked my photos. I’d been kind of thinking the same thing – there was a time I thought I might even be a pop star. Even so, if I’d had a guitar nearby I would have given him an El Kabong across his curly head.

Thanks again for letting me contribute to your blog.

If you have an unfortunate hero story, let us know at story@unfortunatehero.com 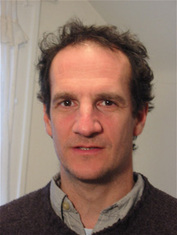 Jon Fried has published short fiction in Third Bed, Eclectica, Bartleby Snopes, Beehive, Pierogi Press, Pindeledyboz, Lamination Colony, New Works Review and other literary journals and e-zines, as well as feature stories on New Jersey culture and nightlife for The New York Times and songs he has written for a rock band he co-founded called the Cucumbers, which has released several recordings. He is working on a series of novels based on some colorful characters in his family tree.