into the living rooms
flanked by apron-clad glee.

A Riverside wife went into
convulsions, a Newton priest
performed an exorcism

on his RCA, and a flat-earther
swam into the Atlantic,
seeking to breaststroke off the globe.

I dropped my jaw
like a milk carton, dairy spilled
before the plot points

of exoskeleton females
dramatizing within the off-Nowhere theatrics.

At a scene’s wrap, the production
cut to a commercial for extraterrestrial

body wash: a reptilian creature
lathered himself while reading off cue cards.

to America wailing in hysteria.
Yes screams piped in
through my Wichita window

as I fashioned my remote
into a projectile at my screen, 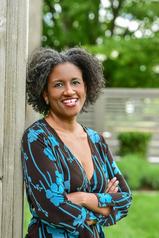 Keith Mark Gaboury earned his M.F.A. in creative writing from Emerson College. His poems have appeared in such literary journals as Barely South Review, New Millennium Writings, and Crab Fat Literary Magazine. He is an early childhood educator and poet in San Francisco, California.