A woman gave birth to a baby. It came out red slippery slimy screaming. Screamed so loud its throat turned raw. The woman held the baby close to her chest and studied all its intricate working parts until she had the landscape of its body memorized. Weeks passed. One night she stood on a stage in front of a huge audience and threw her baby into the crowd. The baby broke into a thousand pieces and everyone in the audience caught a piece. Some people caught bigger pieces than others. A middle-aged man caught an ear, a little girl in the front row caught a foot. One man off to the side, wearing a tweed jacket with patches on the elbows, caught only an atom. A teenager with tattoos and lip rings hunched in the back row unexpectedly caught a huge chunk of baby.

Even though her baby was gone, the woman felt proud of herself.

But when she walked onto the street, an old man with a grey beard that hung past his waist said, “Now wasn’t that a horrible thing you just did to your beautiful new baby?”

And suddenly the woman felt remorseful, she realized what a terrible thing she had done, how she had wasted her raw, innocent baby. She walked the streets for hours in a deep depression. When she finally came back to her empty apartment, her only consolation was to lie on the bed and masturbate. She strained and thrashed and rolled around in agony—but no matter what she did, she couldn’t climax. This went on for what felt like days. When the woman finally emerged from her fit of hysteria, she saw that she had ten new little babies before her, all lined in a row. These babies weren’t as big as that first slippery baby, and all of them were much uglier, but still, there they were all lined up neatly and having them was better than having nothing.

The woman, though, wanted to avoid the temptation of throwing them off a stage into a crowd, so every time she left the apartment, she left her babies behind. She went to the grocery store, the bank, the post office, the psychiatrist, visited her parents, and even went to a baby store that had rows and rows of babies of all shapes and colors. The woman wondered if her ten little grey babies would one day be worthy to sit on the shelves beside these fat glistening babies. She grimaced at the thought of how tiny and pathetic and malformed her own babies were, but at least they were hers, they had come out of her while she was masturbating, and no one could take that away from her.

She encountered the old man with the grey beard, and he said, “You’re doing the right thing keeping those babies at home. Go sit with them and study their intricate moving parts and see how much you learn.”

The woman went home and did just that, and somehow the babies seemed a little less grey and ugly. Oh, what a fine life she had!

But one day, while the woman was walking home from the psychiatrist, a fox stepped from around a corner right in her path. He wore a top hat and duck-tail jacket and he twirled his bushy tail in one hand as though it were a cane.

“I can pay good money if you’ll throw those babies of yours into a crowd this evening,” the fox said.

“But they’ll break into a thousand pieces,” the woman said.

“Not these,” the fox said. “They’re too small. No, it would be extremely wise of you to toss these babies like frisbees into a sea of adoring onlookers.”

“The old man with the grey beard said I was doing the right thing keeping them home.”

“Forget about him,” the fox said. “Come to the big stage tonight and toss your babies into the crowd and you will be rewarded with fame and fortune and everything your heart desires.”

“I’ll think about it,” the woman said.

She went home and got a rag and, using a little spit, polished her babies until they shined like a kitchen floor. The crowd sure will be delighted with these, she thought. She gathered them together and carried them downtown to the big stage where all the people were waiting for something, anything, to be thrown to them. The woman climbed onstage and looked out over the salivating mob.

“Throw us your babies!” the people cried.

The woman faltered—she saw, off to one side, the old grey-bearded man. He stood stoically with arms crossed. On the other side of the room stood the fox, spinning his tail.

“Throw the babies!” shouted the crowd.

The woman felt like Pontius Pilate. She wished she had a Barabbas to offer the mob. She had to give them something—she couldn’t just step off the stage and leave them nothing to chew on. So she took her three ugliest babies and launched them one after another into the crowd, then ran away into the night with the seven remaining babies crammed in her backpack. It began to rain. She slouched through the downpour until her hair was a stringy mess. Then she heard footsteps, and turned to see the fox running to catch up.

“You bitch! You were supposed to throw all ten of those babies! This nullifies the deal! You’re not getting fame, fortune, or anything your heart desires!”

Just then the old grey-bearded man appeared. His beard hung down like a soggy clump of moss in the rain.

“So old man, we meet again,” the fox said. “When we last met I was but the learner; now I am the master.”

“Only a master of evil, fox,” the old man said, and lunged forward with a vicious judo chop. The fox blocked it and swirled into action. They engaged in a slow-motion kung-fu battle for the next twenty-four minutes, neither side able to gain an advantage. The woman ran back to her apartment and lined her seven remaining babies in a row.

Now close your eyes and imagine an elaborately-choreographed kung-fu fight scene, complete with jaw-dropping stunts involving ladders, garden tools, household appliances, overturned furniture, all against the backdrop of a museum in which several world-famous paintings narrowly avoid getting demolished and are saved in clever, humorous ways that make the viewer feel clever for having watched. 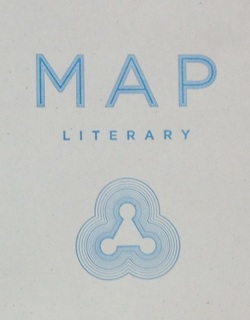