On the map the fundamental principle is separation based on the four color theorem,

which means neighbors are never the same shade.

off the coast a smooth blue popsicle the ships are licking until they drop into the folds and disappear forever.

The main thing is to know where you are and where the others are,

where you are in relation to the others.

There’s a lot of space exploration,

not further than you need to.

Kierkegaard thought travel was the best way to avoid despair, as if this is a feeling that                 isn’t transportable.

I often think I’m closer than I am,

it’s the kind of displacement that makes you want to host something.

On the map the colors never bleed,

there isn’t a part where it lifts like a hem, letting the colors smear.

Sometimes it’s better to stay home, like a kind of perpetual patience,

sometimes it’s better not to.

I mean you don’t want to care about more than you’re capable of.

On the map every line is the end of a color,

close to what it’s far away from.

Holding onto some scenery,

when it’s one side or the other you like to know which one.

Nobody wants to disappear in the space between the lines.

Sometimes I think accuracy is the best way to avoid despair,

Whenever I’m in the car I like to listen to Neil Young’s "Everybody Knows This Is Nowhere,"

it’s actually a song you can listen to anywhere.

I like to know where I’m not going to go. 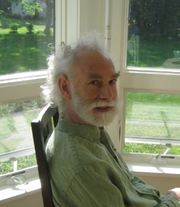