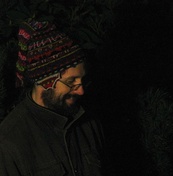 Robert E. Tanner lives in the Pacific Northwest and is currently working on a contemporary re-imagining of Crime and Punishment.