The house with bones on the lawn.
The house with the hidden basement,
its spooks stowed in the web-ridden attic.
Where the nervous newspaper boy
refuses to deliver and it’s always dark,
windows dust-rimed and blacked-out,
the blinds drawn since Day One,
its flowerbeds filled with headless roses.

The house you rent by the minute,
its garden path cracked and gnarled,
its front door marked with a sign,
with, I suppose, the blood of a lamb.
And the only sound on the streets --
footsteps, fleeing in terror.

Moth To A Flame

It’s only a mannequin in a storefront window.
It’s just a display dummy, blissfully unaware,
an awkward smile on its perfected lips,
as patient as sin, waiting for its new suit
or the latest line in casual sports attire,
frozen with anticipation, dust gathering,
the morning light revealing little else
to the passerby or the kind-eyed wino
who’s stopped to comb his flyblown hair
in the reflection from the plate glass window.
The very same man who returns after midnight,
the usually busy shopping precinct empty then,
the dummy still smiling, as if a joke being shared,
a little in-joke with its terrible punchline.

Some people work underground,
moving in and out of the Earth.
Some labour among air,
hanging from physics’ invisible wires.
Others cross the waters,
carrying goods and restless humanity.

And then there’s fire,
fire delivering us from night,
its heat, its alchemical purpose.
There are some who work with fire
and are never burned,
the arsonist envious of their medium,
their shop doors left open to the elements,
ajar to the constant bellows of winter.

The pawn shop at the edge of town.
A pawn shop in the City of Screams,
nothing in its window but flyspecks and webs
and a handful of time remaining.

A pawn shop loaning out midnight
and the musty quiet of tombs.
Where all that’s unwanted goes.
Where dreams die and rainbows end.
And something else, too, you can’t put your finger on.

Peering inside you see little on the shelves
but oaths being thoughtlessly broken,
a bit of used moonlight going cheap,
a last remnant resembling anything like human dignity.
And a few tattered memories. A few doleful laments. 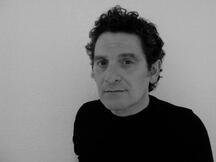 Bruce McRae, a Canadian musician currently residing on Salt Spring Island BC, is a multiple Pushcart nominee with well over a thousand poems published internationally in magazines such as Poetry, Rattle and the North American Review. His books are ‘The So-Called Sonnets (Silenced Press), ‘An Unbecoming Fit Of Frenzy’ (Cawing Crow Press) and ‘Like As If” (Pskis Porch), Hearsay (The Poet’s Haven).​