Contrary to what history tells us, we will remain blissed out during the interrogation. Three more girls arrive in this fenced-in perimeter to discuss low monthly rates. When they open their mouths no sound comes out.

One suggests gray through dark honey. One detects the pouring of concrete by putting their ear to the ground. Another shreds her clothes into little ribbons and lets the wind carry the pieces out over the sea.  She looks me in the eye and says, “Try harder.”

Hopefully, the distinction between form and function is becoming clearer to us now. How shall we heave this flimsy ocean of florets onto our shoulders?

Is it possible that I spent the night with a woman named Misha? Of course it is. Perhaps there was more than one. Whoever she is, I understand, she simply fell to earth.

The locals greet us with teeth bared and weapons drawn. They hustle us into their primitive, igloo-shaped dwellings. One of the locals, their leader apparently, says, “For a species to survive, descriptive events must be flayed of their skin.” He begins to lick the edge of a long, thin knife in between his lips.

Exhausted, we slump against the damp, wooden walls.

Other locals are less threatening. One twiddles with knobs and hones in on the crinkly sound of AM radio. Another focuses on unraveling the mystery of syllables. The syllables have an internal structure, like spiky pollens of dust. Another tells you that the state of affairs will be revealed in a slowly unfolding sunset.

There’s something else, I think you know, but regardless, I can’t talk about that right now.

She says, “Did you notice? The fence around the compound seems lower now, like we could just pass right over.” She has the lips of a stranger. Collectively, we agree on the efficiency of handles and other simple utensils. Survivors rely on dusk primrose, desire, and memory. 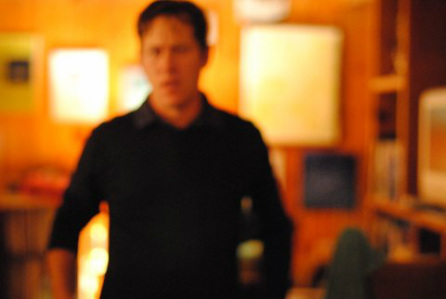 Craig Foltz is a writer and multi-media artist who currently lives on the shores of a jagged island without remorse or teeth. For more info please visit www.craigfoltz.com.