A CHERRY IS A FRUIT and a lime is a fruit too. They can also be types of sweets. Fruit flavoured sweets are supposed to be nice things. So why does my tongue go all puckery as if wants to spit them out? They are boiled sweets. Well, adults call them boiled sweets. I've never heard any kid say boiled sweet.  Is it the boiledness which makes them horrible? I can't help feeling curious. At my mother's birthday party in November, cherry was the boiled sweet I choked on.

Back in the summer I'd held a piece of glass which was washed in by the sea. I saw it lying on the beach and I picked it up. The glass was smooth-edged and I liked the look and feel of it. I had a sudden urge to know what glass tasted like so after licking it first, to make sure there was nothing bad about it, I put the piece of glass into my mouth. There was a salty-sandy taste but I'm sure that was just from the sea and the beach. Otherwise, it tasted of nothing at all, which was boring. At last I spat it out as I didn't enjoy the texture on my tongue. But I was glad I'd given it a go because I always like to find out if I like something or if I don't. That's the reason I make these experiments. After I've made them I can tick them off my secret list of things to try. The list has become shorter. Which means I know more than I did.

At my mother's party my grandmother gave me this sweet. It was as glasslike as anything you'd find on the beach and was dark red. There was a lime green one in the packet too but I'd tried one of those earlier and it was vile tasting. I sucked the cherry sweet and it was the same thing again, only worse. My mouth felt dry and salivary all in one and I thought of the word poison. I suddenly remembered the time I ate an ant because that’s how my mouth went then as well. Though that was mainly because I knew everyone who got to hear about it would make a horrible face because they'd think it was disgusting.  And I thought so too. Because the ant was a living insect and I had squashed it on the end of a twig which was a nasty thing to do. And the poor ant ended up as brown mush, and this was unpleasant. But I wasn't ill after I'd eaten it. The dead ant was sherberty and wasn't half so bad as the cherry sweet - and yet my grandmother had handed me this sweet with a kind look on her face, as though it were a lovely thing. Sweets are supposed to be the things that children want to have. I understood that but it didn't make me like this one any better.

This is how I found out that life could be complicated, that the things I was supposed to like may be a whole lot worse than the things I was never meant to like. Such as glass and the ant. Did this mean there was more than one truth in the world I then had to ask myself?

My mother was wearing a bright velvety jumper at her party, I remember. She stroked me on the arm and asked brightly if I liked her new sweater. She said the colour was cherry red. I could see that just saying the words gave her a happy feeling. To my mother these were nice qualities, but they weren't to me. Even hearing about them made a sick taste come into my mouth. I got that she wanted me to stroke her arm back, only I couldn't do it.  The very sound of these words was too much to bear.

The sweet was still in my mouth when she came out with them and I gulped and swallowed the thing by accident. It got stuck half way down my throat. My mother cried out that we had to go to the hospital. I did not want to so I cried too. And also because by then, I was in agony. My grandad said, Wait, it was not necessary to go to the hospital. My grandmother said, Oh but maybe we ought to go because what if I choked to death. I cried some more and then the pain got so bad I could not cry, only gurgle.  Had I been poisoned? Was I choking to death?  Could children die just like that? These questions hit into me.

Well, I did not die but it was the end of the party, which was sad too. For the next hour at least, I lay on the floor on a cushion and grizzled as hot water was poured down my throat at regular intervals. Through my teary eyes I could see a blurred image of the sweater. A shiny-woolly look about it made me feel uneasy. As if I was somehow expected to swallow the sweater down too, in spite of everything I was going through. The image got more intense each time my mother leaned forward and stretched her hand down to touch my sweaty forehead or to pat me on the arm. I kept on hearing the words Cherry Red as she did this.  I screamed then, because it was so frightening. The look on my mother’s face was gentle and concerned but all the same the nightmare continued. She kept right on with the leaning and the touching and the words that went with her actions jolted through my head. And I saw right then that my mother and I were miles away from understanding one another. Was this because she was in the world of the adult and I was in a child's world? If so, would I one day have to leave my child-island and enter the grown-up zone?  Or could it be that what might be true for one person may not be true for another, adults and children alike? And did this mean that everything could be true or that nothing was really as true as you'd first believed? The questions raced on and on.

But in any case why did the adults in my life go on acting as though there was just the one truth with a capital T? Lime and cherry sweets were nice. End of story. Was it possible they were as confused as I was and had invented the idea of the One Truth to try and cover this up? I saw that a whole load more experiments were needed if I was to find proper answers.

​At last my mother sank back in an armchair with a cup of tea. What a relief. The pain had
also gone by now and I was beginning to get a little bit sleepy. I was feeling calm again but I had noticed something that I saw I was going to have to go into a whole lot more. Though I didn't like the taste of the cherry sweet it was only when the words were said that the sick feeling took complete hold of me. Which seemed to mean that words could be more powerful than real things. How strange was that. And right before my eyelids began to close a new question was already starting to pop up in my mind. What are words?  I was curious to know. 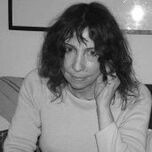